What Is an Albatross in Golf? 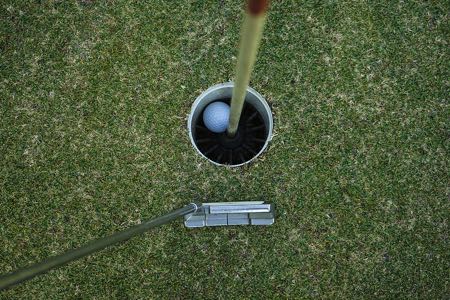 Finding an albatross in the wild is pretty rare. Finding one on a golf course is perhaps even rarer! This is one of the hardest scores to achieve on an individual hole, even for fully professional players, though it can be done. Simply put, an albatross is achieved by completing a golf hole in 3 strokes fewer than the par score. In other words:

After the term “birdie” was first coined to describe a score of one under par on a hole, “eagle” was used for a -2 score. With the bird motif now firmly ensconced in golfing parlance, albatross came next simply due to is being one of the largest and most magnificent birds in the world.

Also Known as the Double Eagle

The term “albatross” is used mostly in Europe however. Over in the States, many call the same score a Double Eagle. The albatross or the double eagle is extremely rare and is achieved most commonly on fairly short par 5 holes. Modern professionals are driving the ball further and further off the tee, often leaving themselves with a relatively short second shot to the green and sometimes these shots go in.

To achieve an albatross on a par 4 would mean getting a hole-in-one – another very rare circumstance. On the mental side of the sport, achieving an albatross became more possible for players after the first really famous achievement, which came back in 1935.

Then, during the Masters, no less at Augusta National, Gene Sarazen achieved an albatross during his final round on the 15th hole. The achievement helped him to draw level at the top of the leader board and into a play-off. He even went on to win the play-off the next day, his albatross being attributed directly to his ultimate success.

The Rarity of the Albatross

Gene Sarazen’s albatross took some replicating. Over a 30-year period on the PGA Tour from 1970 onwards, 84 albatrosses were recorded. This means that even the best players in the world were together managing only around 2½ such scores each tour year.

Other famous albatrosses or double eagles have been recorded more recently, however, namely by:

The inimitable Miguel Angel Jiminez was defending his PGA title at the time. Lawrie achieved his albatross in the final round of the Open and Louis Oosthuizen’s was the first to be televised and the first ever on Augusta’s second hole.

Here’s a more comprehensive list of albatrosses scored in major golf tournaments, showing just how rare they are at the very top level:

Can You Do Better Than an Albatross?

Continuing predictably on the bird theme, should a player actually manage the almost unthinkable feat of going four under par on a single hole then this would be called a condor. A condor is essentially the unofficial moniker given to a score of four strokes under par on a single hole, but is sometimes known also in North America as a double albatross or a triple eagle.

The elusive condor stands as the lowest individual score made on a single hole relative to par in the game of golf. A condor would need to be a hole-in-one on a par 5, something that on a straight hole would be close to impossible, at least for mere mortals.

Typically for this to be achieved, the hole would have to contain a dogleg corner that the player can cut over the top off from the tee if possessing enough power. Par 6 and 7 are incredibly rare, but if a player found one and completed them in 2 or 3 respectively, this too would count as a condor, double albatross or triple eagle. A par 6 condor was recorded at Lake Chabot Golf Course in Oakland, California in December of 2020. The 18th there is a par 6, the player getting home (somehow) in two shots.

Reportedly, only five condors have been registered up to January 2021 on a par 5 and never in a professional tournament whatsoever. One of the five recorded condors was said to be a hole-in-one from a straight drive on a par 5, clocking in at an incredible 517 yards in length. Apparently, this was achieved in Denver and was owed to the thin air at high altitude at the golf course in question. Another extraordinary condor was reportedly achieved in 1995 on a par 5 of a horseshoe design. What made it special is that it was achieved with a 3-iron club!