What Does Par Mean in Golf? 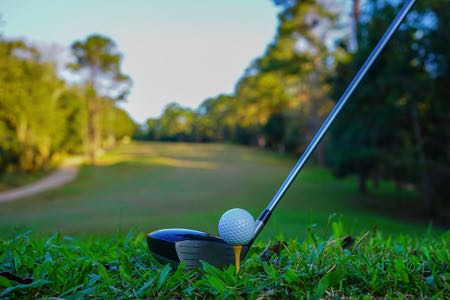 The most well-known phrase in golf is ‘par’. While it essentially always means the same thing, i.e., the number of strokes is should take to complete a hole, it also takes on other meanings. Par is based around how many shots is takes a scratch golfer to complete a hole, but also an entire round or even a whole tournament.

Although longer holes are allowed, they very rare so most golf holes are categorised as par 3, par 4 or par 5 holes. Some courses have more par 3 or par 5 holes than others, meaning par for the entire course could be 70, 71, 72 or even longer or shorter than this.

How Par Is Determined 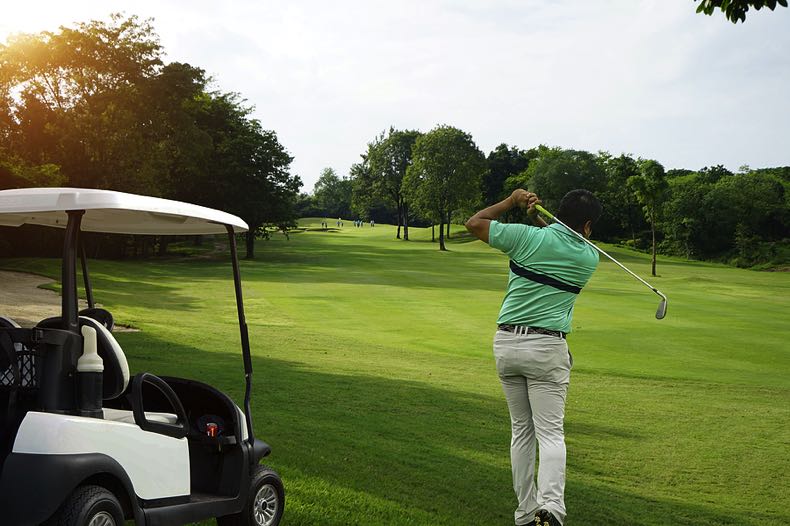 To be able to separate golfers by score and determine winners, each hole is assigned a par value on a golf course. Par is determined by completing the entire hole from the tee to the hole. Holes are assigned a par score between 3 and 5, those being the number of strokes it should take a zero-handicap golfer including getting to the green and then taking two putts.

So, on a par 3, it is felt that a scratch golfer should reach then green in a single shot, then take two putts to complete the hole, making it a par 3. Distance is the biggest factor, meaning the longest holes in terms of yardage are typically par 5. Distance is not the only factor taken into consideration however. Topography, altitude and obstacles such as bunkers, trees and water can also help to determine the par score for a hole.

Generally speaking, and taking such major obstacles into account, the usual yardages for golf holes for men are:

For women, these are usually:

It goes without saying that these yardages are often extended for professional players, especially the elite players in tournament situations. Even at amateur level, yardages are often extended in competition play by players moving to the back tees to increase the length of the hole. Par 6 holes are more common in women’s golf, while par 7 holes are also seen on some courses around the world but often aren’t recognised by certain golf associations with par 5 being the longest seen.

A golfer can achieve a birdie by scoring one under par on a specific hole, or a bogey by scoring one over. Their overall score, however, is based on their score for the whole course. If a course has a par score of 72 and a golfer records a 69, they are “three-under-par” or -3. Shooting 76 would make them +4 or “four-over-par”.

In a professional tournament, such as the Open or the PGA Championship, for example, the winner is determined by their overall score across four rounds of the course. If the course is a par 72, then over four rounds par for the tournament is 288. Should a golfer record a first round of 68, a second round of 73, a third round of 70 and a fourth round of 72, then overall they have shot a 283, which in this case, is -5 or “five-under-par”. 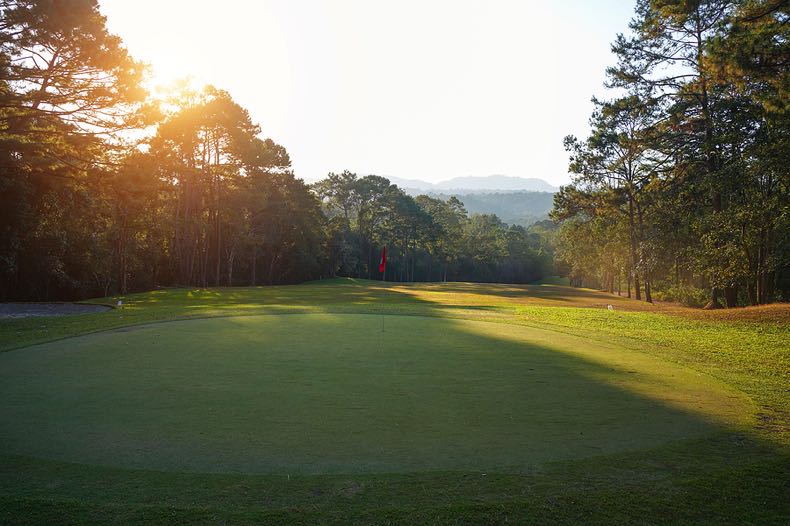 The phrase “below par”, as in “results are below par” or “I’m feeling a little below par” are often attributed to golf. The fact is however, it has nothing to do with the sport! Given the explanation above, “par for the course” very much does come from golfing parlance, but “below par” generally doesn’t, having its roots somewhere else entirely. The confusion, other than the word “par” being in there, comes from the fact that sport has provided society in general many a well-worn phrase. Examples would be:

In this case, however, “below par” has its origins in financial exchanges from around the early 1700s.  Both ‘below par’ and ‘under par’ are interchanged regularly, with ‘par’ meaning the same thing. In this case, par doesn’t mean average or in golf’s case, expected. ‘Par’ is simply short for the phrase “par of exchange”. This is how the recognised value of the currency of a country was described versus the currency of another. This is what we now know as the ‘rate of exchange’.

First Uses of the Word

While ‘above par’ is rarely used as slang, that along with ‘below par’ and ‘under par’ were first used in relation to the changes in currency values, reportedly around the 1720s. A typical phrase of the time would be:

When the examination of the accounts of the bank were finished, bank notes were found to be between 15% and 20% under par.

The phrase was also well used in that era to describe the relative value of insurance bonds. “Some bonds have fallen below par” being something that would have been reported at the time. As time has gone on, the phrases “below par” or “feeling under par” and variations of them have been taken to mean that something has fallen below average. In terms of the human side of it, the terms apply to those who are feeling a little under the weather.

Sport has given us some terrific catch-all phrases down the years. Given that being under par in golf is a good thing but feeling under par isn’t, this is one of the more confusing ones! Par essentially comes from Latin, which is something you can keep in mind for a pub quiz. In the 1620s, it was listed as meaning “equality in value or circumstances” and also “value of one currency in terms of another”. It comes from the Latin par meaning simply “equal, equal-sized or well-matched”.