How Many Red Cards Are Shown Before a Match is Abandoned? 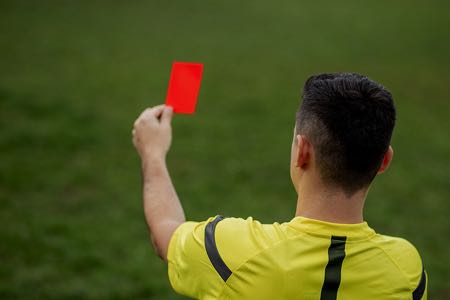 Red cards for fouls, bad language or unsportsmanlike behaviour are part and parcel of football. Advantages and disadvantages are gained, fairly or unfairly, by players being ordered off the field having been shown a red card. Now that we’re living in the VAR era every incident, in theory, that is worthy of a red card according to the rules could be dealt with.

If they were, of course, there would have seen a very sharp increase in red cards being shown. This hasn’t happened of course, but what if it did? How many red cards are needed before a game has to be abandoned?

The (Not So) Magic Number 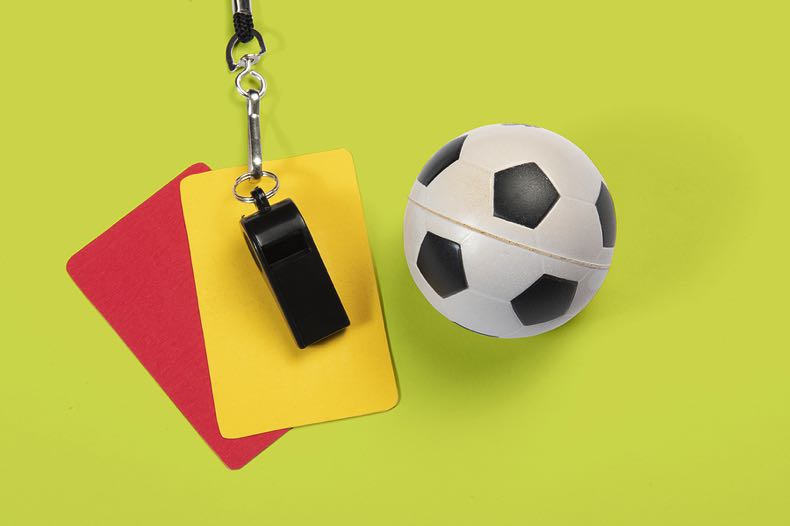 In any game played under proper rules, the minimum number of players that a football team has to field to complete the match is seven. That means that up to 4 players can be sent off from one team. If 5 players are sent off from one team, the game is abandoned. This sort of abandonment doesn’t mean the teams can reconvene and replay the game either. That would leave the system open to corruption.

This way if a team is taking a good old hiding they could, in theory, simply get five of their players sent off and come back another day. Instead, a team having 5 players sent off forfeits the game with the win going to the opposition. At professional level this rule only really counts during the game. At amateur level, however, it is more common than people think for some teams to turn up without the full compliment of players but want to play out the game anyway.

Should they start the game with just 9 players, for example, it would only take 3 red cards for their side for them to have the game abandoned and forfeit the result. Of course, players getting sent off can force abandonments, as rare as that is. While coaches and managers being sent off won’t force an abandonment, it does happen and can indirectly affect the result.

Teams Shown the Most Red Cards

Having five players sent off in a game is rare. That would also be one single snapshot in time and wouldn’t necessarily reflect on the club or even the players involved long term. However, regardless of changes in regime, player movement and rule alterations, some clubs just seem to have a bad record when it comes to having their players sent off! Since the turn of the millennium up to 2021 these were the 10 clubs to have suffered, or been guilty of, the most red cards in top-level football:

This is interesting. Four of these clubs play in Italy, the other six all play six all play in Spain. Is this about those leagues or countries in particular, or is it about the refereeing? Is it a cultural phenomenon? The other thing of note is that major rivals Lazio and Roma are both in the list, as are both Real and Atletico Madrid. Derbies between these clubs will be responsible for a fair chunk of the red cards received during ill-tempered games, though it must be said that none have resulted in abandonments for a team having had five players sent off in a match.

The Most Red Cards in a Game

As we mentioned, coaches can be sent off too. That fact can lead to some pretty scary red card figures, even when a match has not been abandoned and a result has been achieved. Those involved in football games can also be sent off after the final whistle. In terms of those on the pitch only, one remarkable game was the so-called Battle of Nuremberg back in 2006. At the World Cup, four red cards and 16 yellows were shown to Portugal and Netherlands players, which made it a record for any FIFA tournament. But it doesn’t hold the overall record by a long chalk.

For that, you have to go to Argentina. In 2011, there was a bad-tempered clash in the fifth tier between Claypole and Victoriano Arenas. The rivals were battling it out in more ways than one and two players were sent off even before the half-time whistle. Rather than the break calming everyone down, however, the second half simply descended into absolute footballing chaos!

Career-threatening challenges, fights and simply outrageous behaviour let to a full-on brawl featuring the 20 remaining players, the subs, the coaches and even some of the fans! While it was unclear at the time what the result of the affair was, the referee’s post-match report confirmed that he had sent off all 22 players along with 14 of the substitutes and coaches. In total, 36 red cards were issued in the course of the game, a record that may never be beaten.