What Does DNF Mean in Formula 1?

Though not exclusive to Formula 1, the acronym DNF is the one no team or driver wants to see written next to their name! DNF stands for ‘Did Not Finish’ and, at the risk of being obvious, the phrase denotes when a driver fails to complete the race.

Those watching track athletics, cycling or any other motorsports may have also seen the dreaded DNF. While in horse racing ‘pulled up’ is the usual colloquialism, even this is a form of ‘did not finish’.

Why Drivers May Not Finish a Race

Most commonly, F1 drivers will fail to finish owing to damaged on their car. Despite many changes to the sport down the years, some welcome and some not, while safety has improved car damage remains almost inevitable.

Damage occurs very easily, especially when two or more cars collide. Cars can also make what may look like innocuous contact with a wall or some other part of the track, even picking up debris, which can cause race-ending damage to the machine.

Damage is not the only thing that may physically stop a car from completing a race. The fragility of F1 cars makes them vulnerable in terms of mechanical and electrical problems, given that they are readied to the second to perform at their very best.

Mechanical failure would be no fault of the driver, but will still put a DNF next to his name if he’s unlucky enough and the problem cannot be fixed during a pit stop. While it is very, very rare, fuel burnout can occur if the maths hasn’t done properly.

Another reason for a DNF against an individual driver could come from tactics and team orders. Of course, that sort of thing really pushes the boundary between tactical nous and skulduggery, but it has been known for a driver to intentionally crash out!

Back in 2008, Nelson Piquet Jr was involved in just this sort of incident. Piquet crashed out deliberately in order to trigger the safety car. He did this because his teammate, Fernando Alonso, had started back in 15th and was struggling. Pique drove into the wall so that when the safety car was deployed, which it was, all the other drivers would be bunched up. This was hugely to the advantage of Alonso who then passed slower cars easily and ended up winning the race, passing cars which needed to stop given that Alonso pitted very early in the race and kept going.

When Is a DNF Not a DNF? 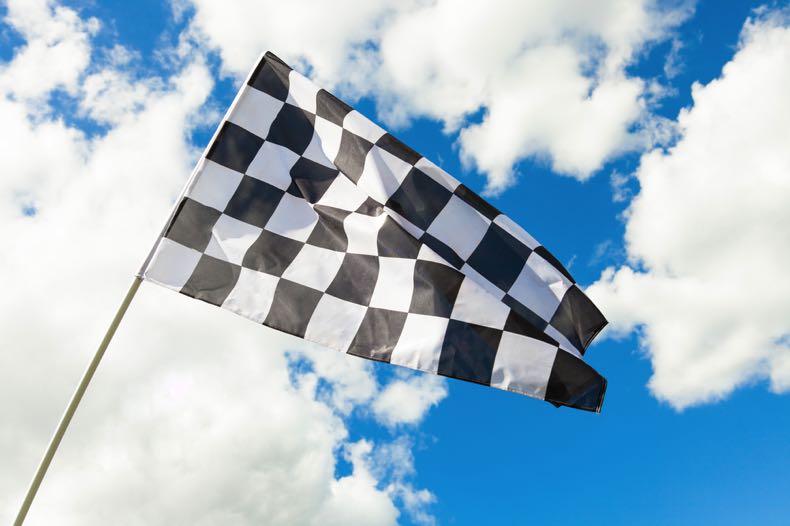 While ‘did not finish’ in any other sport would mean the participant didn’t pass the line or complete the competition, regardless of whether they succumbed in the first minute or the final yard, F1 is a little different.

Should a Formula 1 driver complete 90% or more of the race, they are actually counted as having finished the event. This is a quirk of the sport and could, in theory, even lead to points being handed out to a driver who did not cross the line and finish the entire event.

Another quirk of F1 is kind of a reverse of the above scenario. This involves slow cars. As soon as the winning car passes the line and takes the chequered flag, the rest of the drivers in the field have only what remains of that lap to pass other cars and change the order of the result.

If, for example, a driver was a full two laps behind the winner, they won’t be given the chance to complete the entire race distance. Slow cars are not allowed to simply take their time and limp over the line. When the result is published, the straggler will have +2 laps written against their time.

In effect then, slow cars may well have been able to finish but simply weren’t allowed to. Because of this, they are not considered as a DNF as it was not the driver’s choice not to complete the course.